The zero carbon homes target: still wide of the mark?

The ‘allowable solutions’ mentioned in the Queen’s speech may seem incongruous compared to other announcements in the coalition’s last role of the dice, but for housebuilders and developers they will have as much impact as a possible change of government.

Previously, the introduction of the Zero Carbon Homes Standard in 2016 would have seen all new homes built to level five of the Code for Sustainable Homes, with all carbon associated with their operation mitigated.

Many of us in the industry have always looked at this with a mixture of scepticism, fear, and admiration. We need to do our bit, but how was the target to be hit? Was the technology going to be available to meet this in a sensible and cost-effective way? Was it correct to impose such a tough target on the housebuilding industry given the likely cost vs. overall (countrywide) carbon impact?

The announcement means that this target will now be relaxed to level four, with the remaining carbon offset by off-site measures for developments of over 50 houses, and after everything possible has been done on-site.

In many respects, this relaxation is a shame, but it is not altogether surprising. It demonstrates an understanding that the most efficient way of mitigating the impact of housebuilding will not necessarily always be through on-site measures.

Inefficient ‘micro-generation’ technologies
As previously construed, the targets forced housebuilders to use inefficient and expensive ‘micro-generation’ technologies that are still ill suited to development. The carbon impact of using lots of small energy generation technologies on-site, brought in from all corners of the world, has rarely been sensibly compared to the efficiency of large-scale off-site zero carbon energy generation. After all, even after transmission losses to site, zero carbon energy still arrives as zero carbon.

While new homes should set an example, they account for less than five per cent of UK housing stock and the majority of existing homes are several times more energy hungry than the new breed of homes being built under current regulations. The Green Deal has until now been the government’s rather ill conceived attempt to address this fact. But with some extension to the definition of allowable solutions could there be an opportunity for housebuilders to contribute to the retrofitting of existing housing stock rather than investing in expensive on-site measures – getting significantly more carbon bang for their buck?

Updating existing housing stock
It seems to me that we should be building new homes as efficiently as possible, by ensuring they are airtight and that heat is recycled through mechanical ventilation with heat recovery. Residual heat requirements for space heating and hot water should be supplied in the most efficient way possible, ideally using resources already present in the locality – such as excess energy generated from industrial activities or through cooling of exhibition space – like at our Hoola London development (pictured) near ExCel. Even electric heating should be reconsidered if the electricity can be supplied in a zero carbon way.

The concentration should then be on updating the existing housing stock, ensuring these carbon hungry homes are made more efficient, and allowing new development to contribute meaningfully to the existing community in which it sits.

Such an initiative would help to establish developments in their communities, by delivering real, worthwhile investment, rather than token commuted payments and lip-service sustain- ability, as well as lowering carbon impacts and maybe even making planning permission easier to achieve.

What the industry needs
What the industry needs is a focus less on untested and fallible technology, and more on common sense; an approach that goes hand in glove with intelligent design and use of space. The much-needed public acceptance of green measures will only come about if they are seamlessly integrated into the wider fabric of life, as well as being cost-effective.

The best housebuilders are already implementing this kind of holistic, sustainable approach.

If the government worked more closely with the industry, more could be encouraged to adopt best practice and ultimately help to develop more sensitive, achievable targets.

With demand for homes far outstripping supply, the homebuilding industry must not be unduly loaded with complex targets. The allowable solutions approach goes some way to bringing the kind of common sense to the table that is needed to help rather than hinder the drive to build quality homes in the numbers needed. 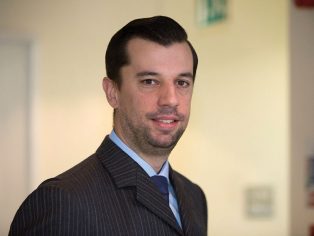