Maccreanor Lavington’s scheme to provide new affordable homes and community centre on the York Way Estate for the City of London Corporation (City Corporation), has been granted unanimous planning approval by Islington Council.

In response to the urgent demand for social housing, the City Corporation has been reviewing all of their housing estates across London to establish where they can provide new homes.

The York Way Estate was identified by the City Corporation to deliver more social housing for local people. Grant funding from the Greater London Authority has been secured to support 91 additional social homes on the estate. Islington Council have received nomination rights on half of all news homes.

The team worked closely with a Residents Steering Group and existing residents to establish an understanding of the exiting estate and residents’ concerns and aspirations for the future development. A ‘Residents Design Brief’ was developed to set out key priorities and resident-led guidelines and formed the starting point for design proposals to sensitively integrate new homes into the well-established community.

The York Way Estate is adjacent to Caledonian Park and occupies the site of the former Metropolitan Cattle Market designed by the City Corporation’s architect, James Bunning.

“The current landscape is predominantly characterised by informal open ‘greens’ and hard landscaped areas dominated by parking and vehicular access. The greens are well used, and the scheme has been designed to retain and enhance the sense of openness. New buildings have been positioned to respect the existing resident’s access to daylight and long views, providing 100% dual aspect, 100% affordable homes.”

Three faceted villas along York Way are designed as small apartment buildings, planned with central cores to maximise dual aspect and avoid north facing flats. These provide definition to the western boundary of the site while retaining the visual permeability of the communal greens and long oblique views in and out of the estate. The three villas are set back from York Way to retain all existing street trees and as a result allow the buildings to be surrounded by dense planting at ground level. The planting strategy is extended to the western side of the low brick wall boundary to provide a soft green edge to the public footpath.

A fourth building encloses a central courtyard along the eastern edge of the site, creating a vibrant social heart for the estate, with doorstep play under excellent passive surveillance. This building is primarily composed of two storey three bed maisonettes, which are accessed from ground floor facing the play area and at third floor from an external gallery access, overlooking Caledonian Park.

The buildings are designed to mediate between the scale and language of the existing estate and the wider historic context.

“We are interested in the expression of residential architecture built in the same period of the estate. The estate is often seen as a backdrop to the new buildings. It is important to strike a balance when introducing a new family of buildings which identify as part of the collective but allow the existing buildings to be understood as the original.”

New buildings respond to and compliment the language of the York Way Estate, while being contemporary in their material and expression. Contrasting brickwork is used as the primary material, with precast inset corner balconies making reference to the banding of the existing estate buildings.

A new community centre and estate management office is proposed on the site of the existing community centre. A life-size, cast iron Bull sculpture is located on top of the Community Centre Hall, marking the heart of the Estate. The bull celebrates the former use of the site as the Metropolitan Cattle Market and looks towards the listed Caledonian Clock Tower. 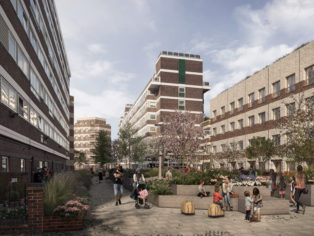 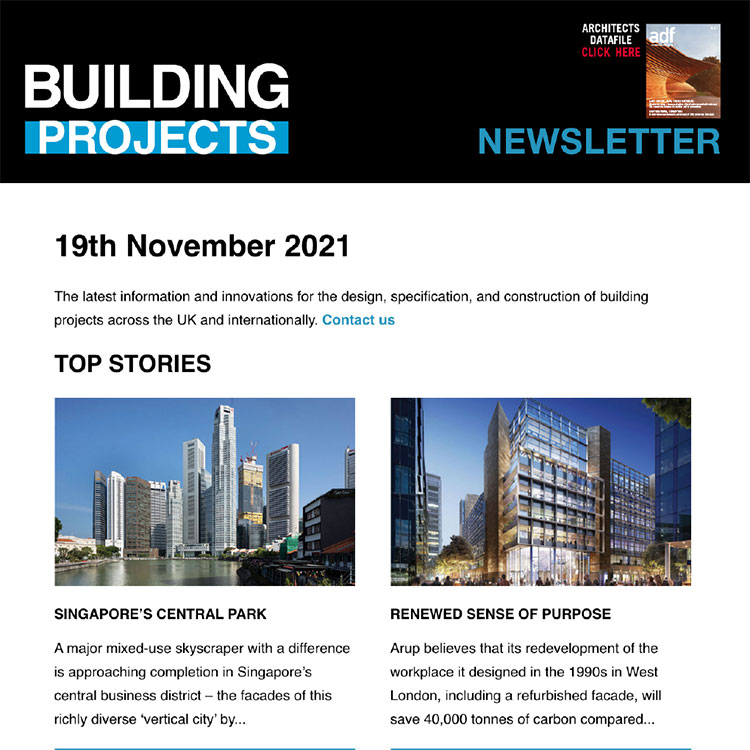