Lane 189 – A new destination in Shanghai for shopping, strolling, eating, gathering and relaxing

Lane 189, located in the Putuo district in central Shanghai – opposite Chang Shou Park and close to the Jade Buddha Temple – is designed to provide a lifestyle destination for Shanghai’s young professionals. Lane189 combines retail, restaurant and office spaces in an organisation that rearranges the typical mall into a vertical city centre and provides opportunities for shopping, strolling, eating, gathering and relaxing.

The design incorporates elements of ‘old Shanghai’ through geometry, pattern and materialisation and combines these with a contemporary urban experience, thereby creating a destination with a distinctly Shanghai feel.

The existing qualities of the immediate urban surroundings, which include small-scale restaurants and boutique stores, are reflected in the building where they are stacked vertically to populate the envelope with programmatic destinations that can be seen from street level.

Inside, elements of street life are mixed with lifestyle retail features and are distributed throughout the building. The organisation of the building encourages the visitor to stroll through and explore the different levels of the complex, where retail spaces follow an open layout and are punctuated with small kiosks.

The facade is designed to support the overall design concept of a programmed facade and to create depth for the building envelope. The use of multi-layered components enables a variety of views towards the surroundings, whilst simultaneously providing functional transparency in specifically located area.

Based on a hexagonal grid, the facade components follow the articulated geometry of the building and provide constantly changing perspectives.

A gradient transition from bigger to smaller facade components regulates the exposure of the inside to the outside and enhances the main entrance of the building. The facade therefore becomes an integrated active layer that can be programmed as display windows, vista points or balconies.

On the lower facade a hexagonal grid consists of diamond shaped panels that are tied between pins forming a tensioned cladding system. Here the arrangement of the components can change across the facade from single layer to triple layer, up to a depth of 400mm. Constructed from different materials and lit by RGB LEDs these panels create different visual effects: transparent or opaque, colourful or monochrome, reflective or matt.

Large double-height facade openings present the interior programme to the outside world. These ‘urban eyes’ simultaneously create large display platforms for products whilst providing balconies with views to the surroundings.

The interior of Lane 189 derives its character from a central void which cuts through the volume from base to top and is punctuated by a series of rounded plateaus. When seen from below the rounded plateaus resemble a cohesive layered organic structure, however when looking down from above the programmes of the plateaus are revealed.

These smaller pockets, positioned in a rotational manner, create intimate plazas and are visually connected to the urban eyes of the facade.

“The concept for Lane 189 was based on a direct response to urban Shanghai today and the wonderful fragmentation of impressions that you experience there. We wanted to imbed this in the building by creating an urban interior with the feel of a vertical public square. But in order to continue these ideas throughout, it was also essential to connect the interior with the outside and conceptually reflect these impressions in the design of the facade.”

The central void further organises vertical circulation and orientation, creates view across the different levels and facilitates a clear view column from the second basement level up to the skylight art installation. 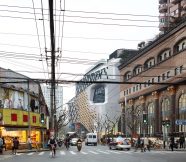 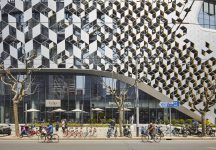 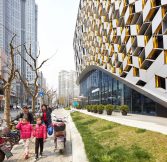 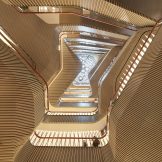 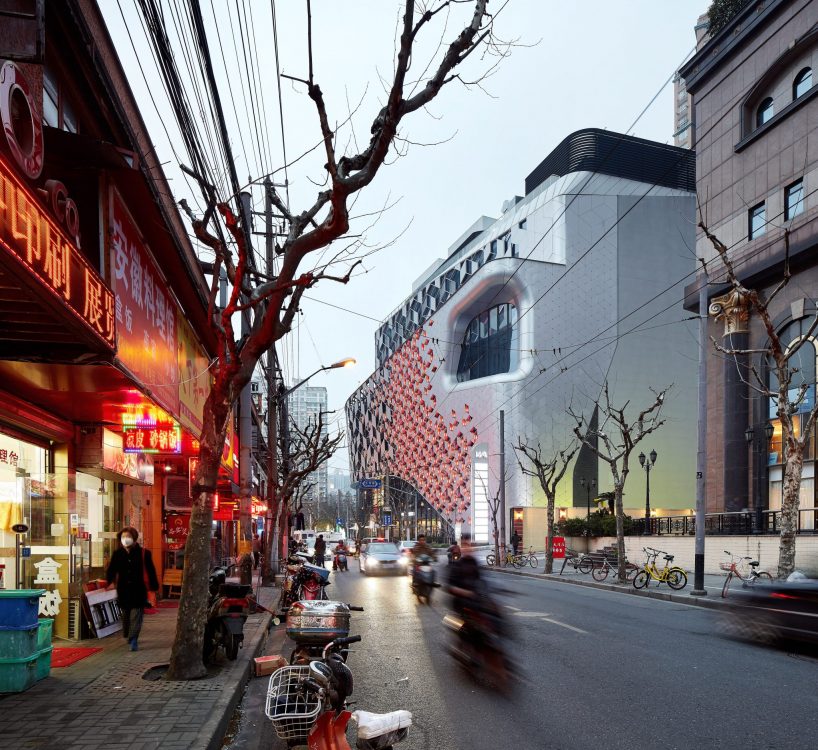 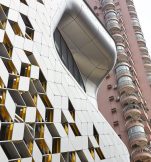 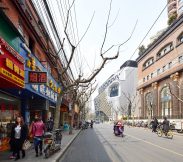