Atkins has signalled its intent to further develop its Middle East rail sector services with the appointment of Dr Abdeljabbar Ben Salem as head of rail systems.

While Atkins already has established rail systems expertise in the Middle East, the company’s investment in this new role marks its determination to respond to market need by creating a specialist centre of excellence.

Abdeljabbar, who has a PhD in robotics and automation from Nancy University in France and an MBA from Manchester Business School in the UK, has joined Atkins after eight years with Bombardier, for whom he worked in France, the UK and Dubai, UAE.

“Rail systems skills are deeply technical and much sought after in the marketplace – not just in this region but across the world.

“By investing strongly in our rail systems team we’re ensuring that we’re in the best possible position to meet future demand as the region’s major rail projects and programmes gain momentum.”

Abdeljabbar believes the rail market in the Middle East has reached a crucial phase which will spur even greater demand for rail systems engineers.

“The most advanced cities in the region have reached their respective stages of development thanks to the strength of their vision and their passion,” he said.

“What we’re seeing now, though, is a demand for the scientific planning and understanding which is needed for smart city urbanisation, and rail systems skills are an integral part of that vision.”

According to respected industry magazine MEED, the Middle East and North Africa (Mena) region is one of the world’s fastest-growing markets for rail and metro projects, with more than $35 billion-worth of contracts awarded in 2013. Projects planned or under way in the region are valued at just under $170 billion, including more than $50 billion-worth of projects in Saudi Arabia and $35 billion in Qatar.

Atkins is among the leading rail sector consultancies in the Middle East after first developing its team to provide full multidisciplinary design and management of the civil works on Dubai Metro, the first phase of which was completed in September 2009. The company is currently working on major rail and metro projects in the UAE, Saudi Arabia and Qatar. 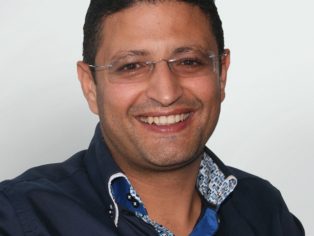